The HSM Group is proud to once again offer a legal internship for the 2019/20 academic year in partnership with the Cayman Islands Further Education Centre (CIFEC). Eleven interns have been recruited from the CIFEC Career Fair that was held Read more +

The HSM Group is proud to sponsor the 3rd Annual Society of Trust and Estate Practitioners (STEP) Cayman Conference, taking place at The Ritz-Carlton Grand Cayman from January 23-24. HSM’s Head of Private Client and Trusts, Robert Mack, will be Read more +

Who’s Who Legal (WWL) has featured two HSM Lawyers in the Cayman Islands in their recently released 2019 Private Client Guide and 2020 Restructuring and Insolvency Guide. Ian Lambert, HSM’s Partner, is recognised as a restructuring and insolvency expert. Ian Read more +

Nick Joseph (Partner) and Peter de Vere (Head of Corporate and Commercial) explore the requirements for Economic Substance in the Cayman Islands and what it means for this jurisdiction. For a full overview on whether or not your business may be affected by this new Law, download our client guide here.

“I know it when I see it.” With those words Justice Potter Stuart, in the United States Supreme Court, unravelled the most Gordian of knots, with the most Gordian of ease. He was called upon to define that which commentators what was potentially undefinable – what constituted “obscene” in the context of hard-core pornography. Not an easy task for any judge, particularly one in the United States in 1964, but that was his solution. It was beautiful, and simple, and for many, at least for a while, it worked.

What is and what is not a relevant entity can be readily determined on a case-by-case basis, as can a determination as to what constitutes a relevant activity. For those interested, these may include banking business, distribution and service centre business, finance and leasing business, headquarters business, fund management business, holding company business, insurance business, intellectual property business, and shipping business (all defined). It expressly does not include investment fund business.

Whilst the Law is vague as to what constitutes ‘adequate’ and ‘appropriate’, it itself defers to Guidance Notes as to the meaning of those words for the purposes of the Law.

The problem that confronted authors of those Guidance Notes, and must now confront Cayman legal advisors and the Tax Information Authority is uncannily very similar to that which confronted Justice Potter. They may similarly have been expected to define the undefinable. When requiring an entity to demonstrate ‘adequate’ and ‘appropriate’ mean in the context of physical presence, we could regret that lack of specificity in any guidance (though I would think us wrong to do so). Instead we should take a lesson from the US Supreme Court. We will know it when we see it.

Whether the Economic Substance is adequate or appropriate should be obvious, and if it is ever not, the Cayman courts may be asked to sort it out.

Until then, we must know it when we see it. Affected businesses will be advised to employ people, rent premises, spend money and hold meetings here, all to the level they think appropriate to meet the expectations of the legislation. Real estate agents, IT service providers, contractors, restauranteurs and indeed most existing businesses and individuals in the Cayman Islands should probably be delighted. That the core activity is actually being carried out in the Islands should be readily apparent.

For now, we should see opportunity, for our islands and our customers, and know it for what it is. That’s okay.

The idea that a business should have a physical presence in order to claim that it has its seat of operations in a particular jurisdiction is not new. The brass nameplate era, exacerbated by the virtual presence age, has been the subject of chagrin from many western leaders. These criticisms date from well before President Obama found fit to comment on the size of a particular office building in George Town housing some 12,000 companies (and omitted to note the fact of a much smaller building in Delaware (1209 North Orange Street) housing many more companies. Indeed, as Cayman’s companies registry has grown to more than 100,000 companies in the intervening decade, 1209 North Orange Street was recently reported as having some 300,000 companies registered there, three times the number of companies registered at every office building and residential home in the Cayman Islands combined.

Whatever the arguments, the tide has shifted. We can lament the apparent passing of a golden age, and dwell on the hypocrisy of foreign politicians, or look forward with excitement to the opportunities this changing current brings.

All change brings challenge and even fear. That latter sentiment often proves baseless (albeit too often with 20:20 hindsight). Yes, we are going to lose some business, including perhaps to 1209 North Orange Street, but these changes will also affect key competitors, including the BVI and Bermuda. With a level playing field (at least against those jurisdictions) Cayman’s size, depth and range of world class financial services industry professionals, sets us apart.

However, we also have an ace up our sleeve –  our immigration regime.

Although frustrating to many, and even confounding to some, most aspects of our immigration regime work well. It does something that other territories fail at. It asks if a local person stands ready to fill a role at an appropriate standard and if not, subject to sensible checks as to such things as health and character, the permit is yours. Yes, there is a price to pay and other cost associated with administration, but the government is actively working to streamline processes. What is more, with a relatively nominal express fee paid, a work permit can be available in less than 72 hours. Where the business is international in nature and does not compete locally, the answer is not only yes, but often enthusiastically so.

We are also fundamentally very good at assimilating large numbers of foreign nationals into our community, allowing them to advance towards becoming Caymanian, and even encourage them to purchase (or build) their own homes here.

These are not optimistic statements as to how the Cayman Islands will address the challenge of foreign executives wishing to move here. This is a statement of what has pertained for decades. Anyone contemplating such a move can ask one of the numerous executives who have already, before there was any Economic Substance Test, established their mind management and control firmly on our soil. Their experience has overwhelmingly been positive.

As a new generation of executives arrive, perhaps in significantly increasing number, they will do so under a tried and tested system. The opportunities for the Caymanian people will be many. The real challenge will be ensuring that they participate as fully as they should for many years to come.

This article can also be seen in The Journal – May 2019 issue. 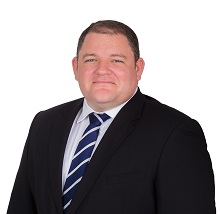