Can Employers in the Cayman Islands Mandate the COVID-19 Vaccine?

In December 2020, the Premier announced that a mass vaccination campaign to prevent the spread of COVID-19 will be rolled out across the territory in January. In unveiling the plan, he stressed that inoculation will be voluntary but encouraged the Read more +

COVID-19 and Business Interruption Insurance Claims in the Cayman Islands

As a result of financial losses caused to some businesses since the start of the COVID-19 pandemic, commercial insurance policy holders turned to their insurers to make claims under Business Interruption (“BI”) insurance policies. As one might expect, this led Read more +

HSM was recognised as a Chamber Champion Advocate at the Cayman Islands Chamber of Commerce Annual General Meeting on 28 January 2021 at The Ritz-Carlton, Grand Cayman. This recognition highlights HSM’s philanthropic contributions to the Chamber and businesses in the Read more +

Pitfalls of the Homemade Will from a Cayman Attorney

Robert Mack (HSM’s Head of Private Client and Trusts) shares: As a longstanding wills and estate practitioner I have encountered many homemade wills. I have yet to be impressed with any that have come across my desk, and that includes Read more +

COVID-19 and Business Interruption Insurance Claims in the Cayman Islands

As a result of financial losses caused to some businesses since the start of the COVID-19 pandemic, commercial insurance policy holders turned to their insurers to make claims under Business Interruption (“BI”) insurance policies. As one might expect, this led to wide-ranging disputes in the interpretation of policy wording, as insurers sought to limit their indemnity exposure under the policies. HSM Partner Kerrie Cox brings some important issues and case examples to light that may apply to Cayman.

In the UK, under pressure from small business owners particularly, the Financial Conduct Authority (“FCA”) stepped in and in conjunction with eight insurers, selected a representative sample of 21 policy wordings as a test case for the High Court to consider and rule upon.[1]

The policies selected were those that offered protection where businesses were affected by:

In September 2020, the High Court delivered its judgment. Hailed as a victory for policyholders, the court favoured the arguments put forward by the FCA in the majority of the considered clauses, based primarily on well-established rules of construction.

Unsurprisingly, the insurers issued expedited appeal proceedings to the Supreme Court[2] and in January 2021, the Court dismissed the insurers’ appeal which will bring comfort to the estimated 370,000 policyholders affected in the UK.[3]

The following is a summary of the Supreme Court’s judgment in FCA v Arch Insurance (UK) Ltd:

The Supreme Court agreed with the High Court that a general exclusion to the BI policy which stated that “the insurance by this Policy does not cover any loss or Damage due to … epidemic and disease”, did not exclude claims arising out of the COVID-19 pandemic. It found that a policyholder had cover where the business interruption was caused by any COVID-19 cases that occurred within a specified radius (as defined in the policy) of the insured premises.

In both the lower and appellate courts of the UK, the following clause was examined where cover was provided for business interruption caused by:

“your inability to use the insured premises due to restrictions imposed by a public authority”.

In giving its consideration to the interpretation of the clause, the Supreme Court confirmed a ‘broader’ approach to that of the High Court. Whereas, the High Court had been correct that “restrictions imposed” by a public authority would be understood to mean mandatory measures “imposed” by the authority pursuant to its statutory or other legal powers, the Supreme Court determined that such a restriction did not always require the force of law before it could fall within that description.

A mandatory instruction might be given by a public authority in the anticipation that legally binding measures would follow shortly afterwards, or would do so if compliance was not obtained. That was capable of being a “restriction imposed”, as was an instruction from the Prime Minister to businesses to close “tonight”. The test was how they would be understood by a reasonable person, and a reasonable policyholder would not understand the word “imposed”, without more, as making cover conditional on the existence or immediate prospect of a valid legal basis for the restriction.

Thus, for example, the measures announced by the Prime Minister to close certain businesses or schools were a clear and mandatory instruction given by the government that people would understand needed to be complied with.

Further, the High Court had also held that where there is an “inability to use” premises, coverage would not be afforded if the insured can use some part of the premises. Again, the Supreme Court went further and determined that if the policyholder is unable to use the premises for a discrete part of its business activities or if it is unable to use a discrete part of its premises for its business activities, then the policy responded since in both those situations there is a complete inability of use. It recognised that there would only be cover for that part of the business for which the premises could not be used. By way of example, the Supreme Court said that if a restaurant stayed open during lockdown periods for take-away (take-out), it could still claim for the loss of that part of the premises usually used for customers dining at the restaurant.

Causation was extensively considered by the Supreme Court, particularly as it applied to Disease and Hybrid Clauses.

The insurers took the view that a policyholder would have to demonstrate losses that would not have been sustained but for the occurrence of COVID-19. They argued that because COVID-19 was so widespread, policyholders would have suffered the same or similar losses in any event and, therefore, the policy did not respond.

The Supreme Court disagreed. It held that the “but for” test is sometimes inadequate and that there can be situations where a series of events cause a result even though none of them was individually either necessary or sufficient to cause the result by itself. So, if an insured event occurs, in combination of many other similar but uninsured events, which causes a loss with a sufficient degree of inevitability, there will be cover.

Trends Clauses provide a mechanism for calculating loss to ensure that the amounts recovered under a policy are not artificially reduced or inflated. More commonly, damages assessment is approached by adjusting the results of the business from the previous year to take account of “trends” or other circumstances affecting the business in order to estimate better what the results would have been.

The insurers had argued that as a result of how widespread the COVID-19 pandemic is, they would not be liable to indemnify policyholders for losses as they would have suffered these losses in any event: relying on the authority of Orient-Express Hotels Ltd v Assicurazioni General Spa.[4] However, the Supreme Court agreed with the court at first instance and held that unless the policy wording states otherwise, Trends Clauses should not be construed so as to remove cover on the basis of concurrent causes of losses. In the court’s view, these clauses should be construed so that profits derived from previous trading are adjusted only to reflect circumstances affecting the business unconnected with COVID-19.

There is little doubt that the principles derived from the judgment of the UK’s Supreme Court would be highly persuasive in the Cayman Islands; it is but a decision on the construction and interpretation of insurance contracts.

Notwithstanding, there are a couple of points to note:

Firstly, the BI policies considered for examination in the UK included coverage for instances of disease and where access to business premises were restricted; whereas, certainly in the Cayman Islands, we are aware of commercial policies which expressly exclude ‘infectious diseases’ which lead to the imposition of quarantine or restrictions in the movement of people by a national or international body or agency. However, in light of the Supreme Court’s conclusions on the operation of the general exclusion to the BI policy pertaining to ‘epidemic and disease’, this may restrict the reliance of local insurers accordingly.

Secondly, even if such coverage was found to be within the scope of a BI policy which might give rise to a claim, a condition precedent to cover will invariably include timely notification to the insurers within a prescribed period of time. Therefore, it is likely that for an insured business to avail itself of the recent decision in the Supreme Court, that business would almost certainly have had to make a claim to an insurer during the notification period to which that claim had been declined by the insurer.

Although the Supreme Court’s decision will make it far more difficult for insurers to deny claims based on some of the standard wording in policies, it must be remembered that individual claims will be decided on both specific wording in the relevant policy and the circumstances of the insured party. It is therefore highly likely that the Supreme Court’s decision in FCA v Arch Insurance (UK) Ltd and others is only the first in a wave of insurance-related claims destined for judicial determination. Moreover, it is only a matter of time before prospective Plaintiffs begin to give serious consideration to negligence claims against their insurance brokers, either in addition to or as an alternative to any claims they may have against their insurers. 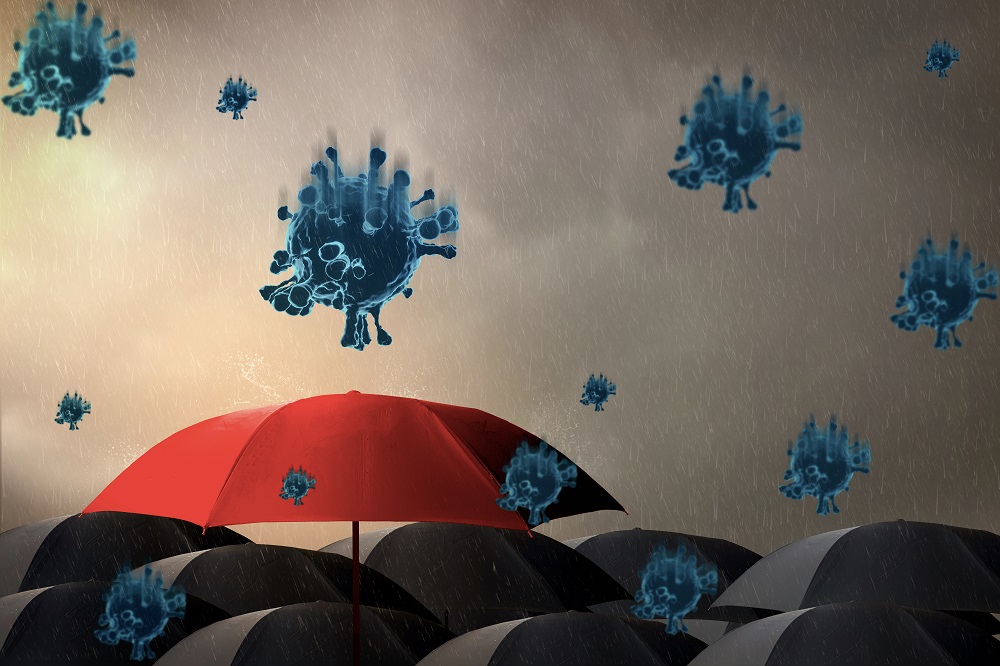