We draft wills for both those who are residents of the Cayman Islands and those non-residents who have assets in the Islands whether real estate, shares in a Cayman company or bank accounts. We also represent executors of wills in obtaining grants of probate in Cayman and administrators in obtaining grants of administration where the deceased left no will. Frequently, non-residents will make separate wills dealing with their Cayman assets only. The Land Registry and Cayman companies and banks will not recognize the title of the executor appointed by the will to deal with the relevant asset until a grant of probate is obtained in Cayman, or where there is no will, until a grant of administration is obtained. The process of obtaining a grant is relatively straight-forward and inexpensive. If there is a separate will dealing with the Cayman assets the process is also quicker since, absent such a will, a grant would generally first be obtained in the jurisdiction of the deceased’s domicile or residence followed by the re-sealing of that grant in Cayman. We also represent clients in connection with estate disputes and can provide guidance and advice on legal issues arising from estate administration matters. 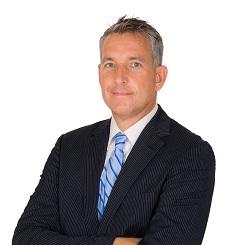