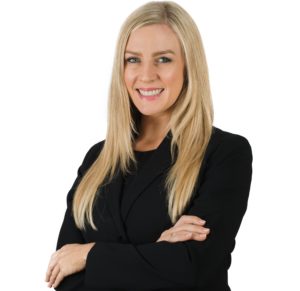 Expertise
Sarah-Jane manages our Debt Solutions and Recovery team and is a member of our Insolvency team. Sarah handles a variety of matters including acting for numerous banks, strata corporations and other leading businesses.

Professional Background
Sarah-Jane joined HSM in early 2015 as an experienced advocate having practiced in the United Kingdom for several years. Her role is varied and includes a wide range of civil litigation matters. In addition, Sarah-Jane manages a variety of matters within HSM’s Debt Solutions team, acting for numerous banks, strata corporations and other leading businesses. She studied law at Keele University, graduating with honours in 2006. Having been called to the bar in 2007, she started her career as a freelance County Court Advocate for an agency based in London for four years before cross-qualifying and being admitted to the Roll of Solicitors of the Superior Courts of England and Wales in 2012.